Australian Maritime College Ocean Engineering graduate Hayden Chrzanowski kicked goals on and off the field during his five years in Tasmania.

The 23-year-old came from school in Bowen, Queensland to AMC in 2015 to do a Bachelor of Ocean Engineering with Honours and graduated in Launceston last Saturday.

Not only did Hayden excel academically he also made a huge impression at the University Mowbray Football Club where he was captain in 2018-19.

He is one of an overwhelming majority of his year group who will proceed straight to employment in the New Year.

“I have got a job in the Melbourne office of Arup. The company has about thirty offices around the world including three or four in Australia,” he said.

“I will be working in the maritime team working at ports, maintenance support and inspection and other general maritime duties.”

At the end of the year he earned high praise from examiners for his presentation “Experimental and numerical investigation of air compressibility within a breakwater Integrated OWC WEC (Oscillating Water Column Wave Energy Converter).”

But it is with the University Mowbray (Australian Rules) football club that Hayden made a huge impression.

After limited playing time when growing up in Northern Territory and Queensland he was keen to play more games each season so joined University Mowbray-just a short punt kick from his AMC unit.

By 2018 he was appointed Captain of the club and held the position until the end of the 2019 season.

“He will be the greatest loss as a player and a leader that  we’ve had for the last twenty years,” he said.

“He was a very popular guy at AMC and he used to organize functions and motivated a lot of people to be involved.

"He had so much get up and go and would do anything to help.

“Over the last three years we have probably had twice as many Uni students as average playing with us.”

Coach Alan Perrin said Hayden had managed to bring a Danish student to the club.

“He had never played before but he improved,” he said.

“Hayden’s contribution was outstanding and we would love to get him back”.

For Hayden’s part he treated football training as a study break.

“I lived right near the Uni so it was pretty easy to go to footy training for an hour and half,” he said.

“I used it as a study break, you would study from whatever in the morning to just before footy training and then go and have some dinner and a little break and then back to the labs for a few more hours of study.”

Hayden said bringing players to the club gave him a chance to talk about his studies.

“With people who didn’t go to Uni I didn’t really speak to them about it because they weren’t really interested but with people from AMC they would talk a little bit about it,” he said.

“But not too much because when we were at footy we had other things to talk about.’

Hayden said he heard about AMC through a Queensland friend who had studied environmental science.

“At school I was always all right at maths so my lecturers said you should think about doing engineering so they told me about ocean engineering so I went along and did it,” he said.

“I enjoyed it a fair bit there is a lot of work goes into it, a lot of hours.

He said the social mix at AMC was conducive to good relations.

“One of the things that AMC has over other Unis is that a lot of people come from interstate.

“In that sense we all go to class and we don’t know anyone so everyone is a lot more friendly and we hang out with each other at the labs.

“I’ve talked to people from other Universities who would go to class for an hour and then go home and do all their work from home,” he said.

“‘Whereas here most of us have come in from outside and most of us do our work at Uni so it creates a good atmosphere.

“We all kind of knew each other as well because the amount of people in the course was a lot smaller so you get to know the lecturers pretty well.

He enjoyed Tasmania except for the “six months of winter”. 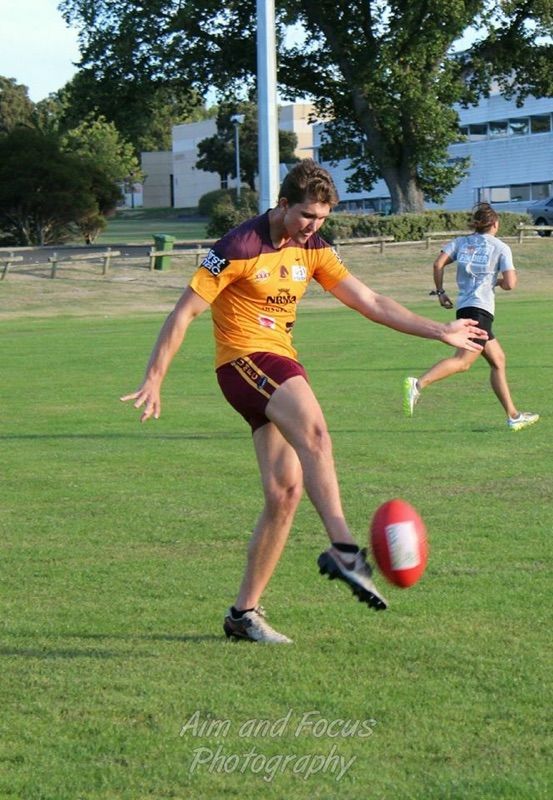