Self-driving ships to see us into 2050

The future of shipping, while self-driving, will still be in our hands, Australian Maritime College researcher Dr Reza Emad explains.

Like self-driving trucks and trains, the future of commercial ships is set to rely on machine learning, artificial Intelligence, and smart satellite technology to improve shipping safety and efficiency.

Australian Maritime College researcher Dr Reza Emad estimates that by 2030 we will start to see more and more remotely controlled ships with few crew onboard.

“In the next ten years we may even have remotely controlled or even fully autonomous small commercial ships in near coastal areas with absolutely no crew onboard,” he said.

“These ships will be remotely controlled from shore control stations by upskilled seafarers and autonomous systems technicians.

Communication a vital skill for the future

Directly connected to the new technology are the technical competencies and ‘soft skills’ that future operators will need to manage autonomous ships from shore.

Dr Emad and international collaborators interviewed maritime experts and seafaring professionals from across the world about their skill preparedness for autonomous shipping.

“Some seafarers naturally expressed fear of losing their jobs in the future,” he said.

Today’s commercial oceangoing ships generally have 20-30 personnel onboard but can be operated by a team of 11, the minimum legal requirement. It is unclear how many operators will be needed to monitor ships from shore and manage maintenance and battery swaps upon arrival at port.

What we know is that ships will always need humans. It is the way that humans interact with ships that will be different.

While computers can follow instructions, they do not have the emotional intelligence of humans.

In the initial stages of remote-controlled commercial shipping, operators will need the experience of an ex-mariner, but over time, the industry will be more inclusive of early career professionals.

“As the technology advances, virtual reality and augmented reality simulation will progressively be used for training future operators and this will allow for a more diverse pool, including early career maritime professionals,” Dr Emad said.

A four-staged journey towards autonomous ships

The journey towards autonomous ships will move through four stages from crew onboard to operators onshore.

“Stage four ships will need to be designed for the most minimal maintenance – definitely no pistons,” Dr Emad said.

“An electric-powered, carbon-neutral battery will need to last two months and be replaced upon arrival at the destination.”

In May this year, a ‘stage two’ tugboat was successfully tested in Tokyo Bay by the Japanese Government. The tugboat was fitted with sensors and cameras, which remote operators used to analyse the boat’s surroundings.

Research is underway for the construction of a ‘stage three’ ship in Norway. It will have most of the features of a ‘stage four’ ship but will still have personnel onboard to monitor the operations and fix any parts needing maintenance. Call it an initial trial for stage four.

“At this stage, coastal and domestic shipping is at the forefront of industry 4.0, with technology for international shipping needing more development,” Dr Emad said.

Regulations to slow the technological transition

The global regulatory framework for commercial shipping will be the most likely factor hindering the commercial rollout of autonomous ships.

A regulatory framework ratified by all countries with major ports could take years or even decades. This framework could be facilitated by a new code that sits along various conventions, led by the International Maritime Organization (IMO).

Dr Emad said there is a lot of complexity involved in achieving an international regulatory framework for autonomous ships that is acceptable to all IMO members, and learnings from other sectors will help the shipping industry move more quickly towards stage four.

“The global shipping sector will get invaluable insights from other industries more advanced in applying machine learning, artificial Intelligence, and smart satellite technology for improved safety and efficiency.”

Dr Emad’s study was carried out in collaboration with the University of South-Eastern Norway and Jade University of Applied Sciences with support from the International Association of Maritime Universities (IAMU) and The Nippon Foundation in Japan.

VIDEO: Autonomous shipping is on the horizon. 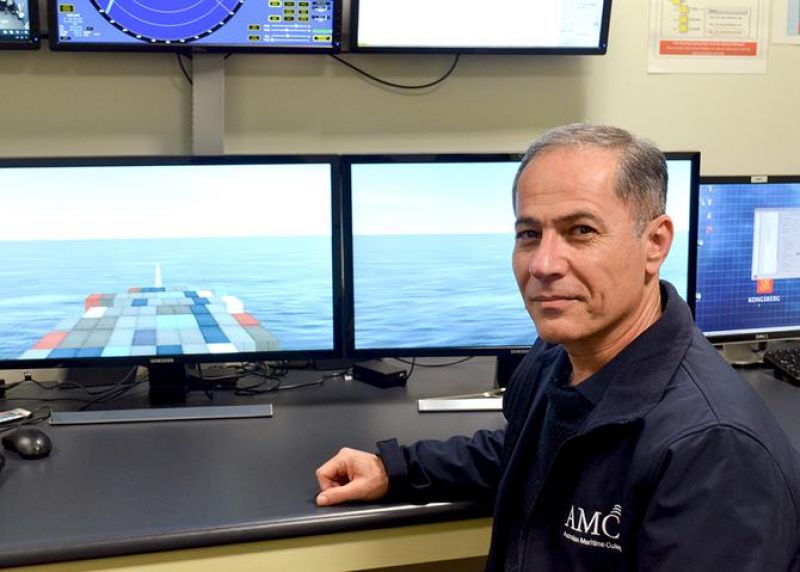