Research facility to look at ways of improving ship and submarine design.

A world-first research facility which was opened at the Australian Maritime College in October has state-of-theart equipment that will aid better understanding of underwater collisions.

The appropriately named Underwater Collision Research Facility (UCRF) is the outcome of a four-year collaboration between Defence Science and Technology (DST) and the AMC. Under a Collaborative Research Agreement, Defence Science and Technology funded the purchase of equipment and the University provided the building capital works and support infrastructure to house the facility at its Newnham Campus.

The UCRF aims to provide means through which the complex, fluid-structure interactions involved in underwater collision events can be studied scientifically under laboratory conditions. Accurate knowledge of the response of the fore-end structure of a submarine vehicle involved in a collision is important to the safety of the submarine structure and its crew.

Developing the understanding of this behaviour may be considered somewhat similar to work performed to prove, and improve, the crashworthiness design of motor vehicles, but in water. Through this work, the technical risks associated with underwater and near-surface collisions, will be able to be accurately assessed, so that effective mitigations may be introduced.

Defence Minister Linda Reynolds said the UCRF was an exciting development which would provide a better understanding of the impact of underwater collisions. “Researchers will look at ways of  improving ship and submarine design which will keep our Navy crews safer by improving the safety of our submarines  and autonomous underwater vehicles,” Senator Reynolds said.

University of Tasmania Vice-Chancellor Professor Rufus Black said the facility added to an existing suite of maritime research facilities which are the most advanced in the Southern Hemisphere.

“The opening of this new facility builds on the historic strengths of the University and the AMC and illustrates the impact – literally and figuratively – Tasmanian science and engineering can have on meeting national challenges.”

The UCRF will be a centrepiece of the University of Tasmania’s Maritime Defence Innovation and Design Precinct to be developed on the Newnham campus.

The UCRF could also play a role in: 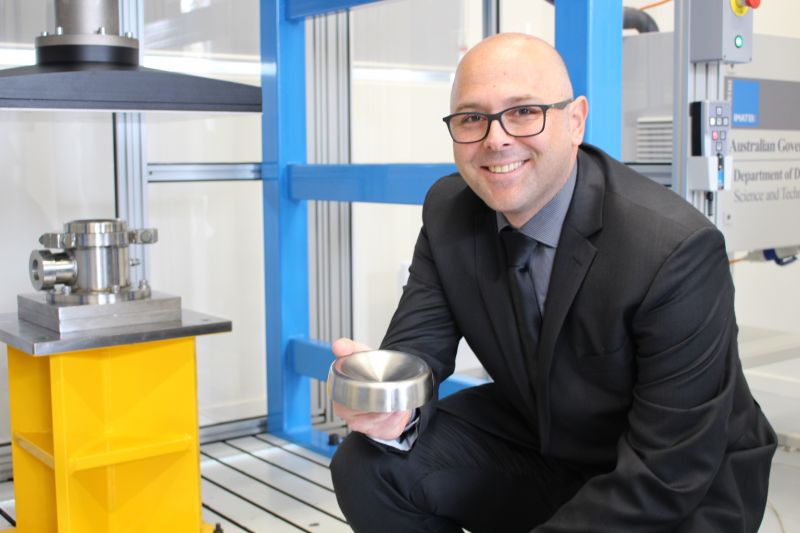