AMC Search Manager for Defence & Autonomous Systems is awarded a special commendation by the Royal Australian Navy for his role in Operation Bell Buoy.

Exercise Bell Buoy is a two-week multi-nation exercise that simulates the effects of maritime conflict in the Tasman Sea, piracy and the closure of Port Botany due to an underwater improvised explosive device.

Chris is a reserve Lieutenant Commander whose role as an MTO Officer is to help guide the commercial shipping industry away from dangers like armed conflict or piracy in areas like the Arabian Gulf.

Presented to Chris by AMC Principal Michael van Balen AO, the RAN commended him for taking a leading role in the planning of the exercise that actively resulted in a highly successful collective training engagement.

Chris was deemed instrumental in shaping the planning cycle and successfully integrated participants to deliver an international activity that met all objectives.

The commendation concludes that Chris’s un-rivalled experience has set a standard that will guide the Pacific and Indian Ocean Shipping Working Group in benchmarking future Bell Buoy activities and his performance brought credit to his unit by keeping with the finest tradition of the RAN.

All at AMC Search are very proud of Chris’s achievement and salute him for the contribution he makes to help keep Australia safe. 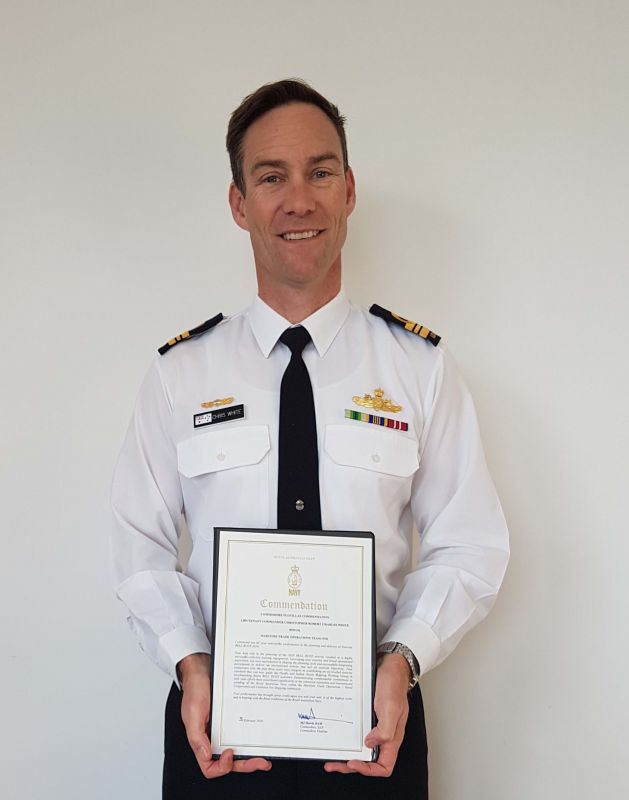